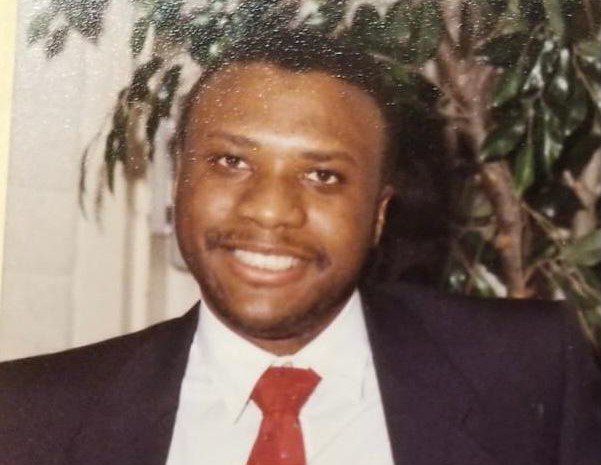 Please share a memory of Michael to include in a keepsake book for family and friends.
View Tribute Book
HOWELL: MICHAEL RICHARD Michael Richard Howell, firstborn son of Mrs. Ellen Brown, born on January 13, 1966, at Jubilee Hospital, Kingston, Jamaica. Affectionately known by family and friends as “Mikey”, younger brother Wayne, older cousins: Sheannette “Miss Mac” and Cherry, lived with maternal grandmother in Claremont, St. Ann. He was loved and dearly cherished by Grandma and all family members. Mikey was a very cheerful and compassionate young man. Always had a smile on his face, even during times of disagreement between the two cousins, he was a peacemaker. As a youngster, he was Mr. Fix-it. Fix this, fix that, at a very young age, at our home in Claremont. As an older cousin observing Mikey, the curiosity in his eyes and movements, would tell a story. Toys were not just fun and games. He was very curious about the mechanics of assembling toys and wanted to explore building blocks and how different parts fit. After the passing of his grandmother, he moved to Toronto in 1977, lived with his ‘mum’ Ellen, stepdad, Norris, younger sister, Jackie and newborn baby brother, Courtney. He continued his Mr. Fix-it way of doing the things he knew best. According to his beloved mum, he would take things a part and not put them back together. Upon high school graduation, he secured a job in the electronics field, and was very excited when he purchased his first car. Mikey loved to travel ‘outta’ road, just like his uncle George, his mother’s twin brother. With a zest for adventure and a very big curiosity for life, exploring the sites and buzz of Downtown Toronto – Yonge Street district, was his favorite, especially Eaton Centre. There were medical adversities along the way, still, he was highly functional and very intuitive, with an ability to independently support himself and stayed out of trouble. Mikey will be remembered for his loving and quiet demeanor, remembering family birthdays, shopping for expensive clothing, visiting car showrooms and then the awe so much excitement to talk to auntie Debbie about his favorite cars. Michael passed away on July 5, 2021 in Toronto, Ontario, Canada. He was 55. Left to cherish his memory: Mrs. Ellen Rebecca Brown (mum), Mr. Norris Brown (stepdad), Brothers: Wayne White and Courtney Brown; Sister: Jackie Brown-Monplaisir; Favorite, Auntie Debbie White (USA, CA); Uncle George White (Claremont, St. Ann); Cousins: Sandra “Cherry” Brown, Sheannette McDonald-Virtue (USA, CA), Chandel Brown, Pamela Dawkins; Nieces: Wende White, Shaunile White, Karla White, Monique Monplaisir, Carolina Brown, Rhys Brown and numerous cousins, relatives, and friends. The service will be livestreamed on the Covenant Funeral Homes YouTube and Facebook page. In accordance with capacity restrictions due to Covid-19, attendance will be restricted to invited guests. Funeral arrangements entrusted to Covenant Funeral Homes Inc. (Balmoral Chapel) 2505 Eglinton Avenue East, Scarborough, Ontario M1K 2R1. Telephone: 416-265-2652
To plant a beautiful memorial tree in memory of Michael Howell, please visit our Tree Store

Look inside to read what others have shared
Family and friends are coming together online to create a special keepsake. Every memory left on the online obituary will be automatically included in this book.
View Tribute Book
Services for Michael Howell
There are no events scheduled. You can still show your support by planting a tree in memory of Michael Howell.
Plant a tree in memory of Michael