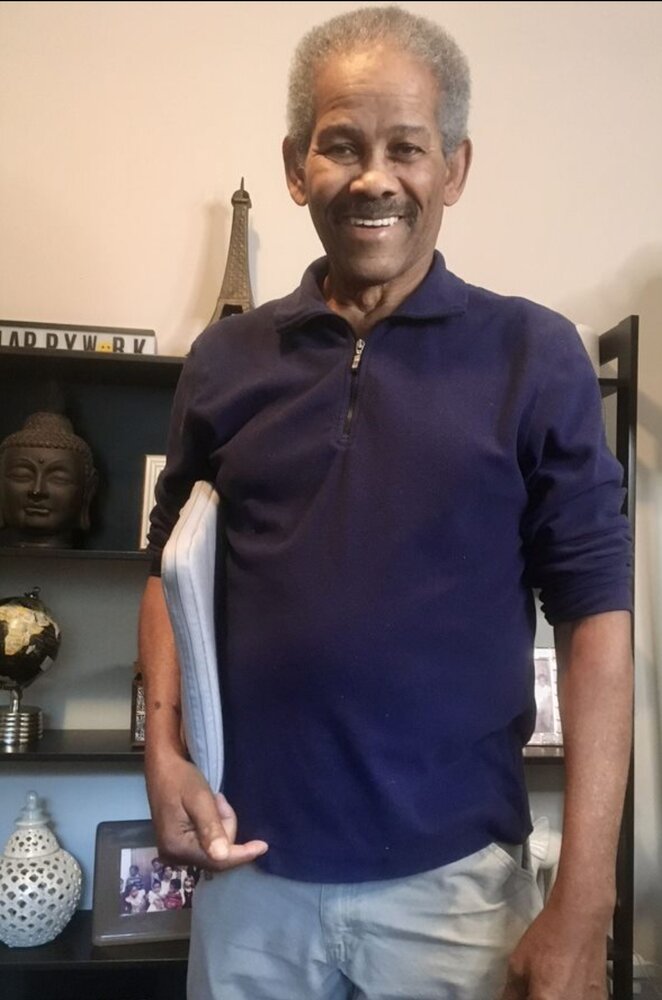 Please share a memory of Owen to include in a keepsake book for family and friends.
View Tribute Book
HEMMINGS: Owen George Celebrating The Life of Owen George Hemmings who was born on November 14, 1940 in Priory St Ann’s Bay, Jamaica. He departed this life peacefully on Saturday, June 18th, 2022. Cricket was one of Dad’s favorite sports. He was a former player in Coventry Cricket League and later continued to play in Canada where he met some of his lifelong friends. Although he stopped playing cricket, sports remained a true passion in his life. Owen immigrated to England in 1959, While living in the UK he met his future wife Philomena and had two daughters Alison and Sarah, they moved to Canada in 1982 to begin a new adventure and life in Canada. Dad worked as an electrical engineer while in the UK and was a courier in Canada for many years. Dad also prided himself on his ability to navigate streets and never received a single speeding ticket. Dad was an enormously proud person, he loved his family, traveling to new places, fishing, and watching sports, especially cricket and wrestling. He loved reading books and completing word searches and crossword puzzles. Although he had many health challenges, he did his best to keep a positive attitude. “Well, it’s one of those things” was his famous catchphrase. While Dad was in the hospital, he would refer to himself as the “best patient ever” and would go out of his way to chat with the staff, nurses, and fellow hospital roommates. He would always show pictures of his family, chat with people about current events, and could not resist taking the opportunity to chat about anything that was on CNN. His daughters Alison and Sarah made him proud every day. The three of them had a special and loving bond, often referring to his children as the big one and the little one. Although Owen was divorced from his former wife, they remained friends and continued to have Sunday dinners. However, the love of his life was his granddaughter Etta who was born in August 2013. Dad and Etta had an incredibly special bond, Dad would always look at Etta’s pictures before his bedtime. He would also call to wish Etta had a great day before school most mornings. Dad is survived by his daughters Alison and Sarah Hemmings, and his former wife Philomena. His siblings Evelyn Crooks, Albert Hemmings, and several nieces, nephews, and his son-in-law Mark Coy and granddaughter Etta Coy. Owen loved living in Canada he would frequently refer to Canada as home. His daughter’s will take and scatter his ashes back to his original homeland of Jamaica at a later time. Owen will be missed and was truly loved by his family and those close to him. Please join us to say our final goodbye to Owen on Wednesday, June 29th at 11:00AM at the Mississauga Seventh-day Adventist Church 2250 Credit Valley Road, Mississauga, ON L5M 4L9 Funeral arrangements entrusted to Covenant Funeral Homes Inc. 2505 Eglinton Avenue East, Scarborough, Ontario M1K 2R1
To plant a beautiful memorial tree in memory of Owen Hemmings , please visit our Tree Store

Look inside to read what others have shared
Family and friends are coming together online to create a special keepsake. Every memory left on the online obituary will be automatically included in this book.
View Tribute Book
Services for Owen Hemmings
There are no events scheduled. You can still show your support by planting a tree in memory of Owen Hemmings .
Plant a tree in memory of Owen