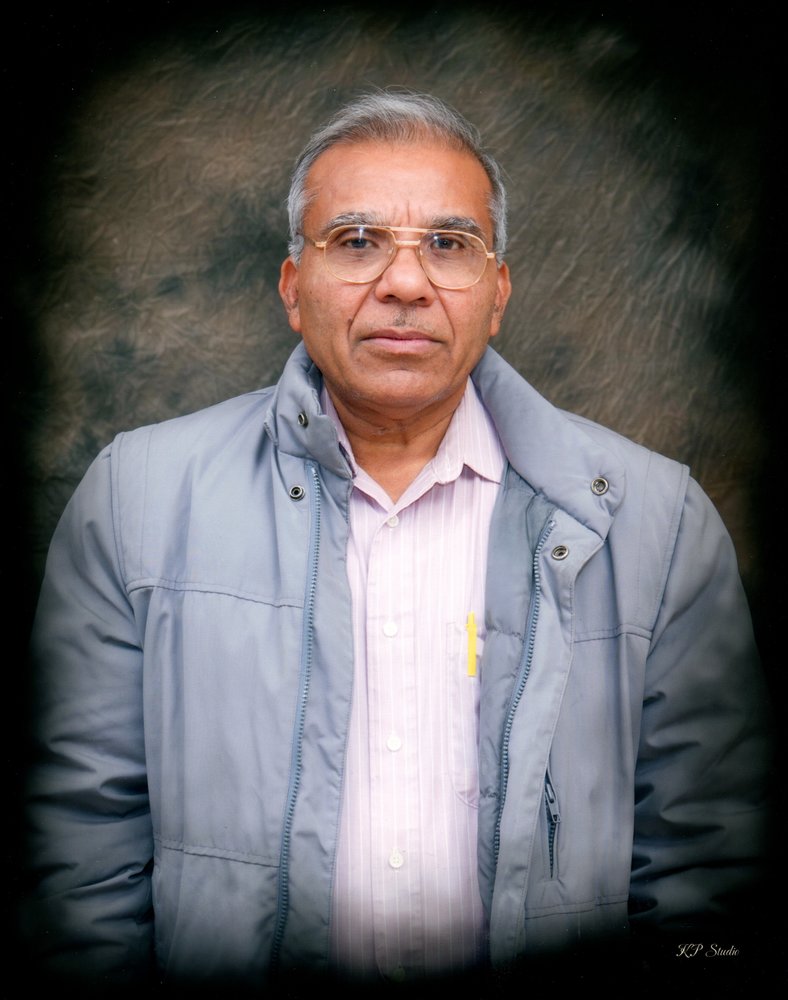 Please share a memory of Thakorlal to include in a keepsake book for family and friends.
View Tribute Book
DEAREST UNCLE Thakorlal Hargovindas Panchal passed away in Toronto on December 30th, 2020, ending his struggle with the complications of a stroke he suffered in 2017. He was seventy-six years old. Thakorbhai was born to Dahiben and Hargovindas Panchal in Navsari, India on May 6, 1944. He was one of eight children. He was raised in Navsari where from early on he enjoyed tinkering with bicycles and automobile engines. He was always technically inclined. In 1970 he followed in his elder brother’s footsteps and moved to Toronto, Canada where he became a certified auto mechanic and transmission specialist. He was highly skilled at his trade, and he helped friends and family keep their cars in tip-top shape. He became the go-to person for getting quick car diagnostics and fixes for anyone in need. Thakorbhai was a devout Hindu. He loved returning to India frequently to visit his immediate family, friends, and other relatives. He did not start a family of his own, and so he remained very close to his brother Tribhovanbhai and his brother’s family. Tribhovanbhai worked lovingly and tirelessly to care for his brother after his stroke. He ensured that Thakorbhai was surrounded by family when his time came. Thakorbhai is survived by his beloved older brother Tribhovanbhai, younger brother Balubhai, younger sister Maniben, sister-in-law Jasuben, nephew Sanjay, niece Preeti and her husband Cliff in Canada, his nephews and nieces in India: Ravindra, Gurnvant, Nirmala, Arun, Maheshwari and their families. A virtual Hindu Pooja and funeral rites will take place on Monday, January 4, 2020 2:00 pm. Please go to the Covenant Funeral Home's Facebook page, and press "Like" to watch the Live Stream beginning at 2pm. Unfortunately, due to current COVID regulations set out by the Provincial Government and at the direction of The Bereavement Authority of Ontario(BAO), the funeral service will be limited to immediate family members only. Funeral Arrangements Entrusted To Covenant Funeral Homes (Balmoral Chapel) 2505 Eglinton Avenue East Scarborough, ON M1K 2R1 (416) 265-2652.
To plant a beautiful memorial tree in memory of Thakorlal Panchal, please visit our Tree Store

Look inside to read what others have shared
Family and friends are coming together online to create a special keepsake. Every memory left on the online obituary will be automatically included in this book.
View Tribute Book
Services for Thakorlal Panchal
There are no events scheduled. You can still show your support by planting a tree in memory of Thakorlal Panchal.
Plant a tree in memory of Thakorlal