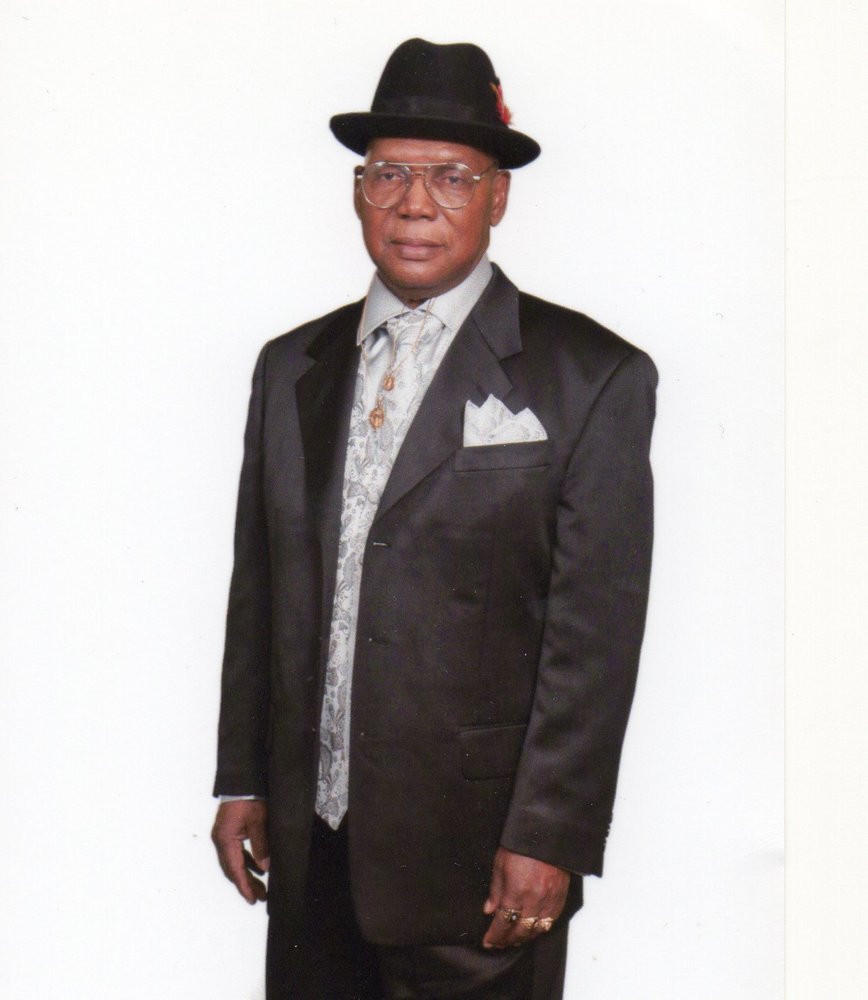 Please share a memory of Arnold to include in a keepsake book for family and friends.
View Tribute Book
Arnold Aldren Hughes 1938 - 2020 It is with great sadness that the family of Arnold Hughes announce his passing on Thursday, April 23, 2020 at Credit Valley Hospital in Mississauga. For 81 years he lived a life of adventures with a commitment to the excellence and advancement of Caribbean carnival culture, namely with a passion for costume design and creation a.k.a “mas.” He passed peacefully surrounded by his loved ones. We would like to thank everyone for their prayers, love, well wishes and support. Husband. Father. Grandfather. Brother. Uncle. Costume Designer. Band Leader Husband to Jean (deceased). Father to Stephen (Novlet), Kathleen (Leonard), David (Jessica), Andrew and Sheryl. Grandfather to 17. Brother to Irma, Irwin, Eleanor, Lloyd, Pamela, Jackie and Michael. He is predeceased by his sister Hazel. Arnold will also be greatly missed by his many nieces and nephews. He was born on May 1, 1938 in Trinidad, West Indies to Leonard and Agatha Hughes. He grew up in Marabella and moved to Canada in 1969. While he was part of other Mas organizations, he produced his first band in Canada in 1987. He won the coveted Band of The Year title twice (1988 and 1993). Over the years he also had numerous winning character costumes in both the Junior and Senior King &amp; Queen competition; in 2019 his Senior Queen costume won first place for Toronto Revellers. He was well liked and respected by many in the Toronto Carnival community. Arnold was passionate about hockey and was a life-long fan of the Toronto Maple Leafs. He most recently became a Toronto Raptors fan. A celebration of life will be planned when possible.  In lieu of flowers, the family request donations be made to Diabetes Canada (https://www.diabetes.ca/donate. Funeral arrangements have been entrusted to Covenant Funeral Homes (Balmoral Chapel) 2505 Eglinton Avenue East, Scarborough, ON M1K 2R1 Tel: (416) 265–2652. Condolences may be forwarded through www.covenantfuneralhomes.com.
To plant a beautiful memorial tree in memory of Arnold Hughes, please visit our Tree Store

Look inside to read what others have shared
Family and friends are coming together online to create a special keepsake. Every memory left on the online obituary will be automatically included in this book.
View Tribute Book
Services for Arnold Hughes
There are no events scheduled. You can still show your support by planting a tree in memory of Arnold Hughes.
Plant a tree in memory of Arnold